Why the “Future CFO” Should Spend Less Time Business Partnering, Not More 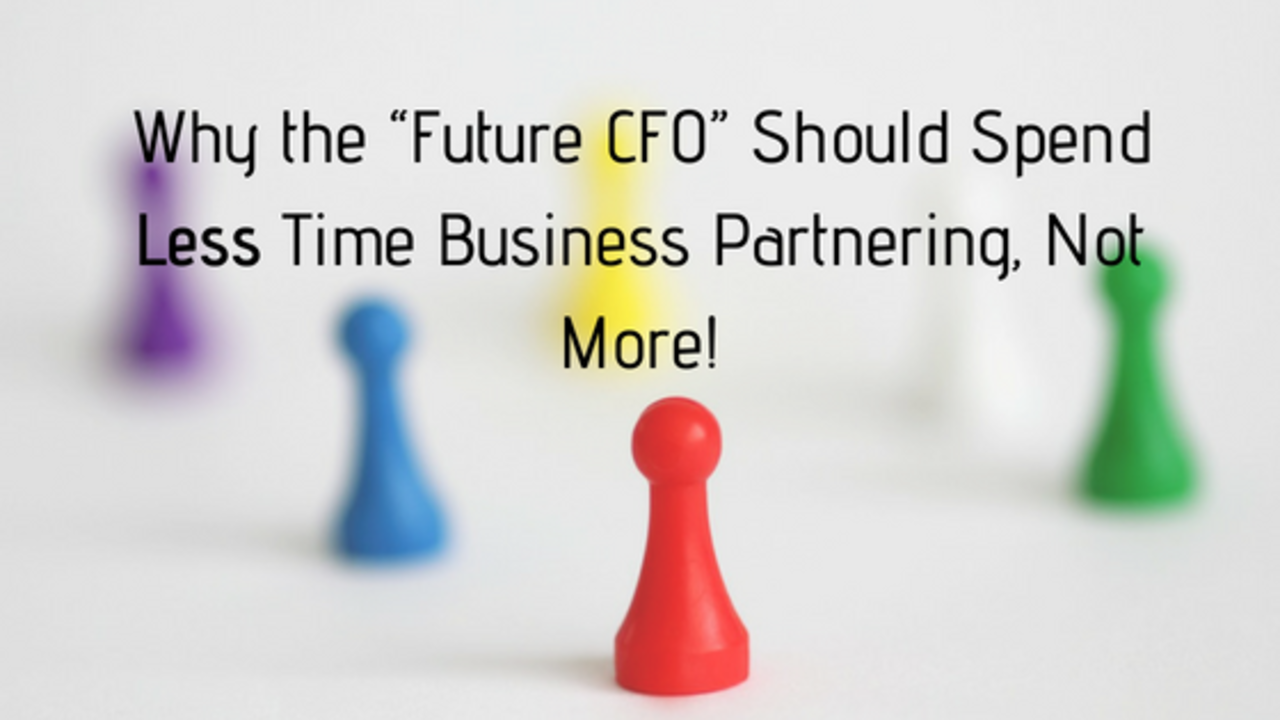 The title of this article may sound strange in an age where Finance business partnering is one of the megatrends in Finance. But bear with me. There’s a good reason why I’m going to argue that “the future CFO” should do less business partnering, and not more.

I’m going to start by arguing that, contrary to popular belief, the CFO’s role has already changed such that they are now seen as THE Finance Business Partner. There’s no need to berate them any more for being mere beancounters and scorekeepers. As a generalisation, especially in medium to large enterprises, most CFOs are seen as the CEO’s right hand, and it’s those two roles together that face the business owners.

But I’ll also argue that this has made CFOs so busy that they’ve become disconnected from the Finance function. They now almost look at Finance from the outside, as just an overhead to cut wherever...