How to be a Finance Business Partner, even when you’re not! 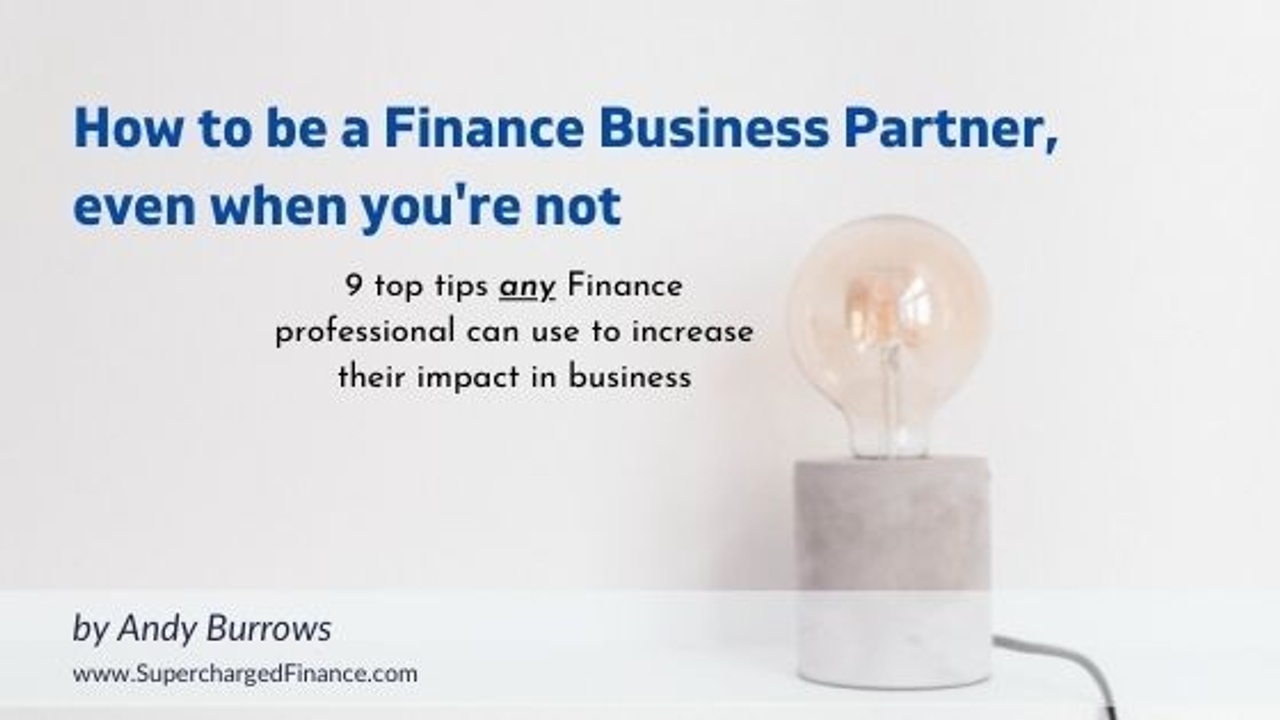 In this article I’m going to give you nine tips from my experience that will help you to increase your business reputation and impact, even if you’re not a Finance Business Partner.

When I’m coaching and training, especially speaking to our My Finance Coach members, I’ll often come across frustrations such as:

“I’m stuck! I can’t get into a business partnering role!”

“My role is so dry. How can I be Finance Business Partner?”

And my advice is essentially to put the thoughts of a Finance Business Partner role, and Finance business partnering, on one side. I encourage people to think more in terms of how they can help the business, than whether they have a particular role or title or not.

Sure, it helps a lot to have a Finance Business Partner role on your way up the ladder, if you want to be a CFO.

But the most important thing is...

Business-focused Finance is NOT the same as Finance Business Partnering 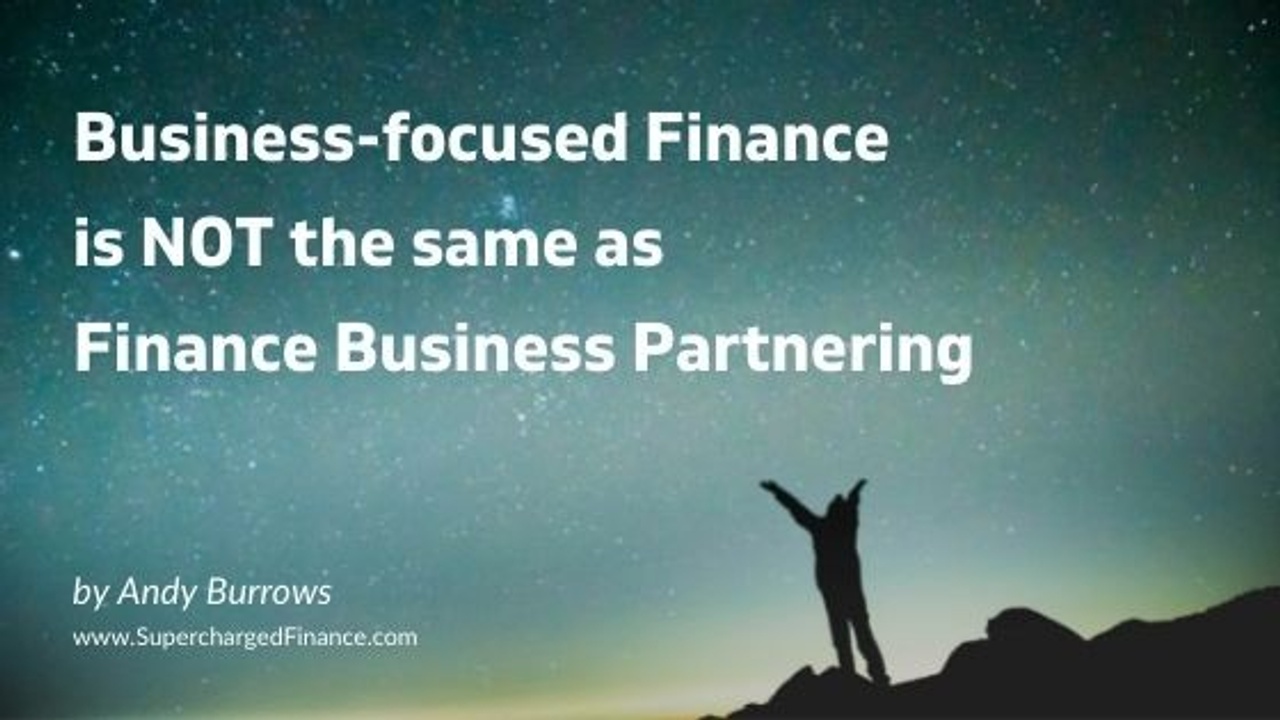 And to answer that question right up front I’d say that a large element of Business-Focused Finance is Finance business partnering, but I’m thinking of business-focused Finance as something broader.

What I've come to understand is that Finance Business Partner is a specific role often seen within Finance, designed to give various non-Finance functions access to the full power of the Finance function in managing business performance within their areas.

Finance business partnering is a phrase that’s either been used to describe simply what Finance Business Partners do, or to describe the kind of mindset needed within Finance. 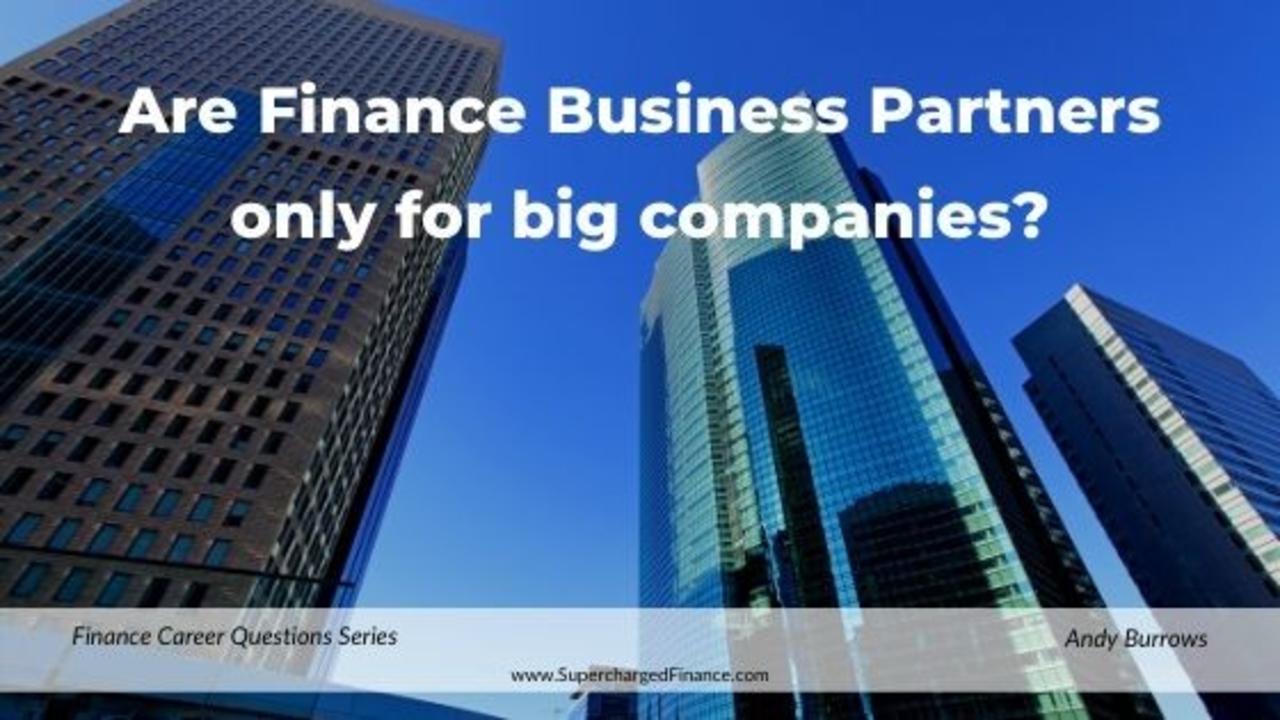 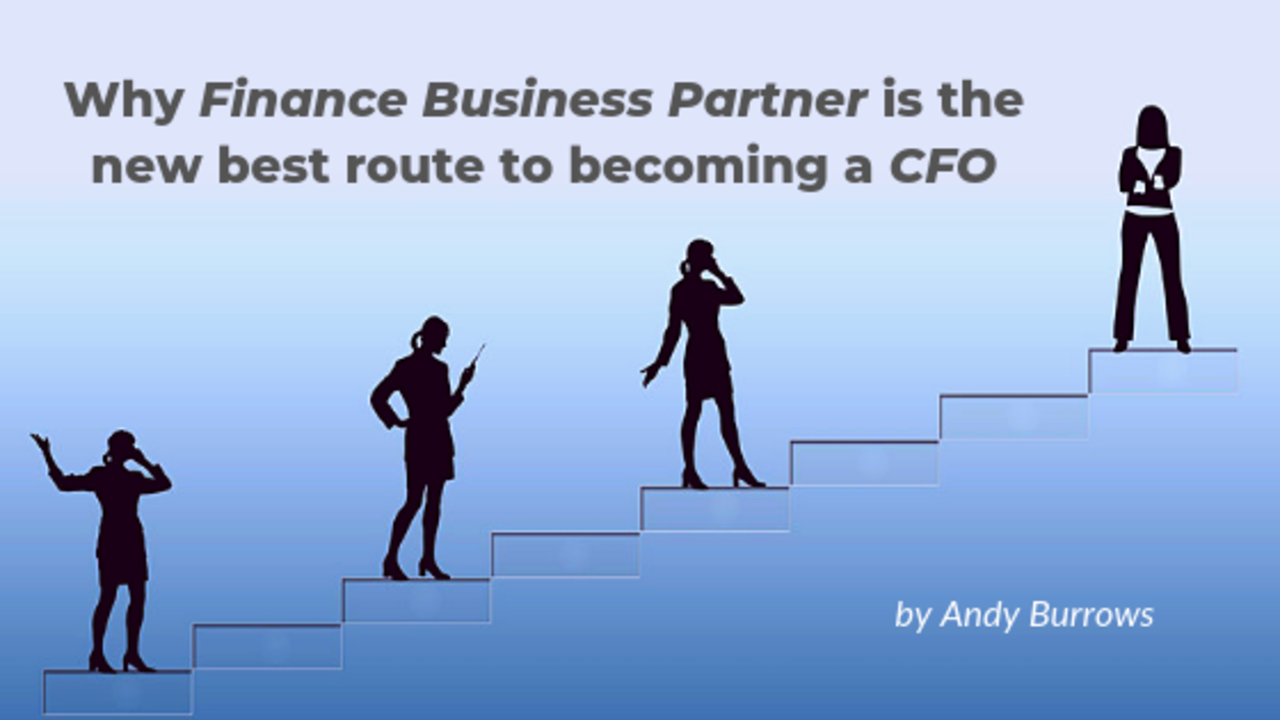 This will not be news to some of you, but taking a route through Finance business partnering is now the best way to achieve your ambition of getting into a CFO role.

It used to be the case that financial control and reporting was the established path to the Chief Financial Officer’s chair. A solid Financial Controller was seen as not only the CFO’s right hand person, but the CFO’s natural successor.

This, I believe, is not the case any more.

And the reason for writing an article about this is that it helps in guiding your development plans and career plans. At its most basic level that equates to thinking about the job moves you choose, and the courses you choose to take, after completing your accountancy qualification.

But, what’s changed to give rise to these changes in career paths?

The CFO is now more strategic

Firstly, the CFO role has become more about strategic partnering with the CEO and the Board, to maximise the performance of the... 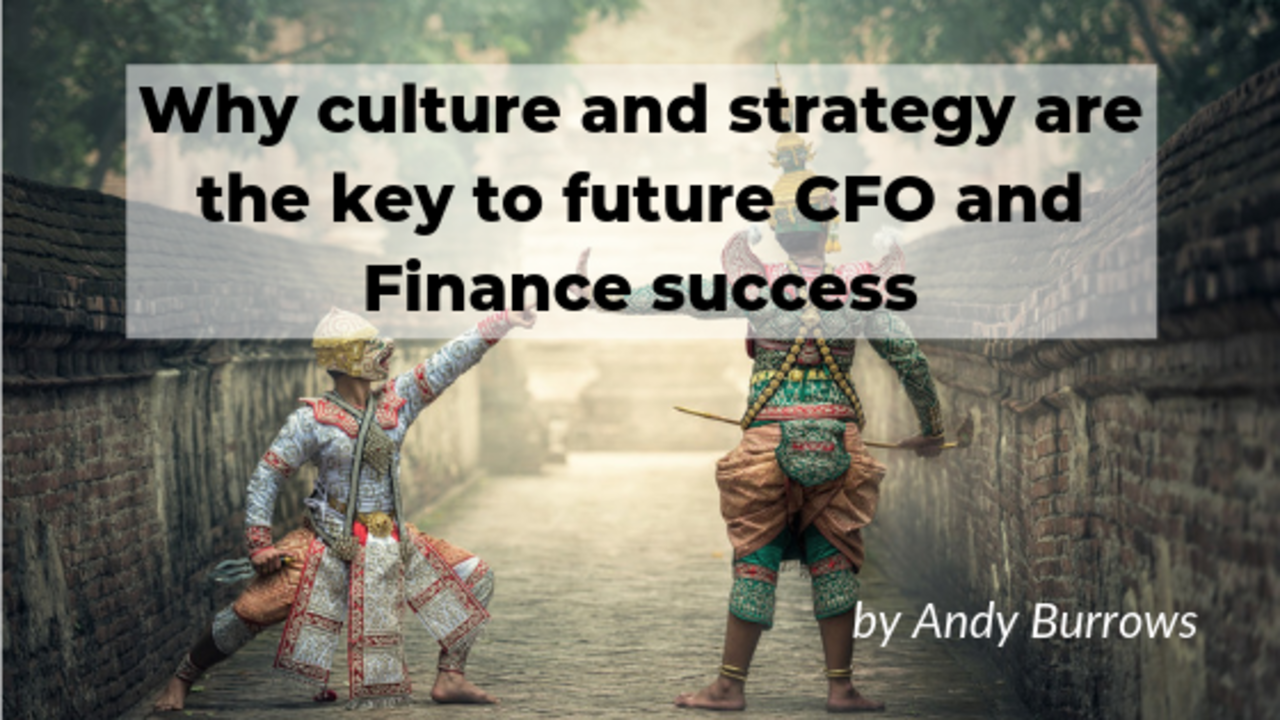 I do quite like that saying (originated by Peter Drucker), “culture eats strategy for breakfast!” I’m not quite sure what it means exactly... but it conjures images of tasty eggs, bacon, sausages, and maybe a couple of slices of toast, so it makes me smile!

But what of culture and/or strategy in the Finance function?

I’m going to argue in this article that Finance is increasingly under pressure to change. Or, more positively, we’re presented with an opportunity we should be reaching for more confidently than we are.

The irony is that it’s the CFO who often stands in the way of the Finance fulfilling its potential to help the business and create value. And that’s because the CFO often has cultural blind spots and strategic blind spots.

The drivers of change in... 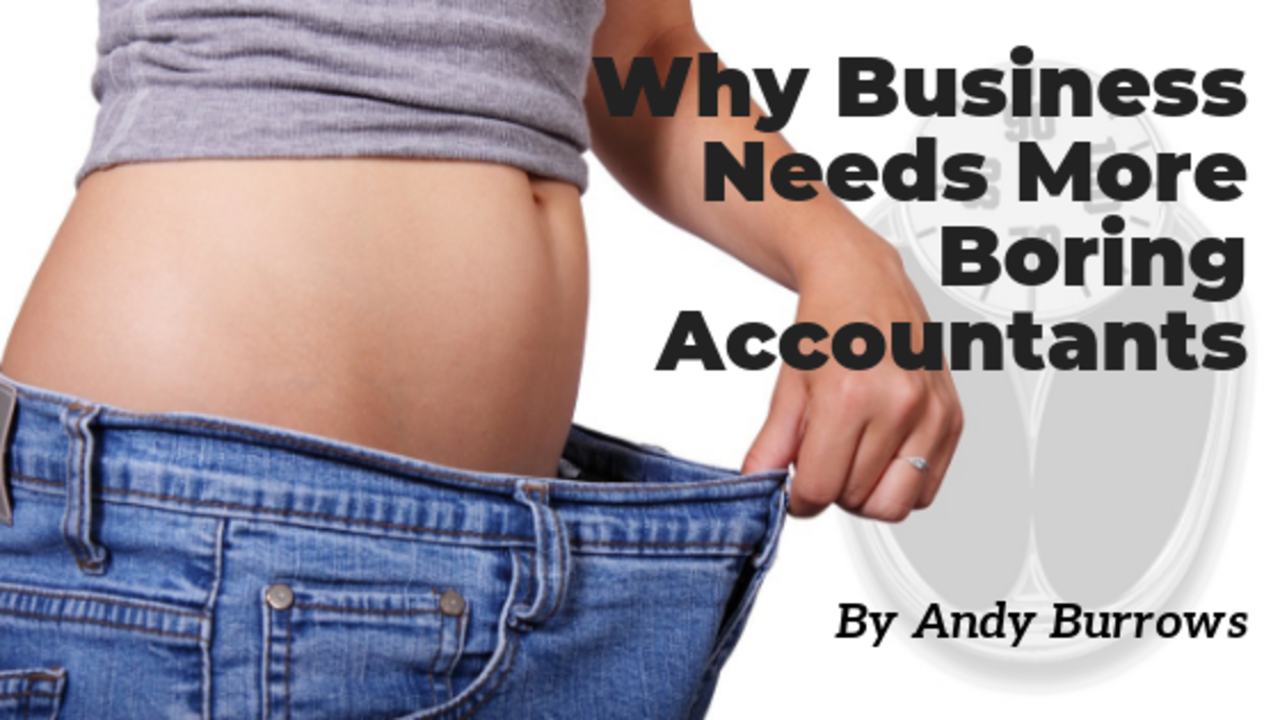 When I came out of public practice and went to work for a business in its Finance team, I was fairly naïve. I still had a very black and white view – an auditors view - of accounting. And so, some of the practices of the management accountants were a real shock to me.

My point in this article is that they should be a shock! Finance professionals in business are supposed to tell it how it is, and to be the ones that keep the business honest.

There’s a general joke about the term, “creative accounting” (it’s supposed to be an oxymoron!) But if we’re honest with ourselves in Finance, much of that practice happens with the intention of misleading people. And the only reason we don’t call it fraud is because these things normally involve judgment, and therefore we think we can justify it as just being “very prudent”, or saying, “it’s a grey area”.

In that first job outside...

How to work with the business as a Finance Business Partner 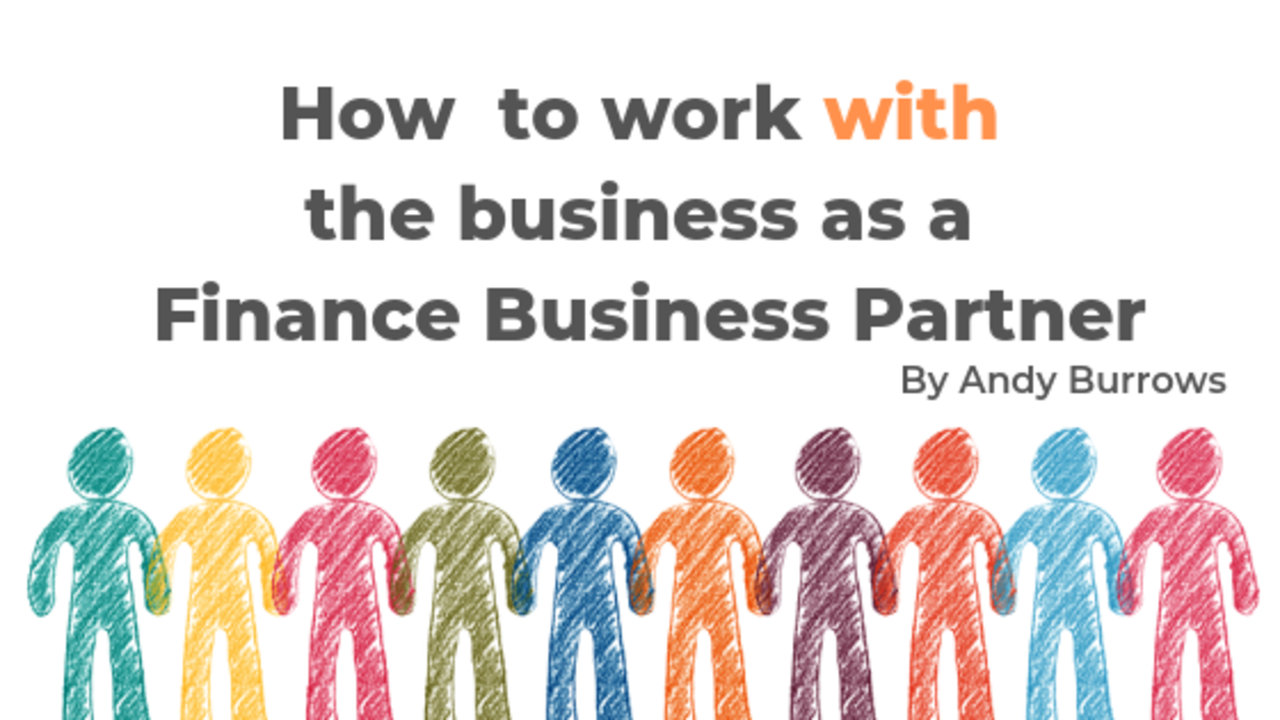 The Marketing Director of a business I worked for a long time ago said in leading a seminar, words to the effect that, “functions like Finance, HR and IT are just overhead costs. They don’t add value. They don’t bring in new business or sell anything, and they don’t produce anything.”

I didn’t respond at the time, but I remember being quite offended. I felt put down, saying that I was no value to the business.

I was, at the time, I have to say, fairly naïve – this was not long after I’d started my first job outside of public practice.

What follows here are some of my reflections on the relationships between the Finance function and the other parts of a business, from working in more than thirteen different companies over more than twenty years since then.

One thing that has vexed my pedantic brain occasionally over the years is the use of the term...