There's No Such Thing as an IT Project! 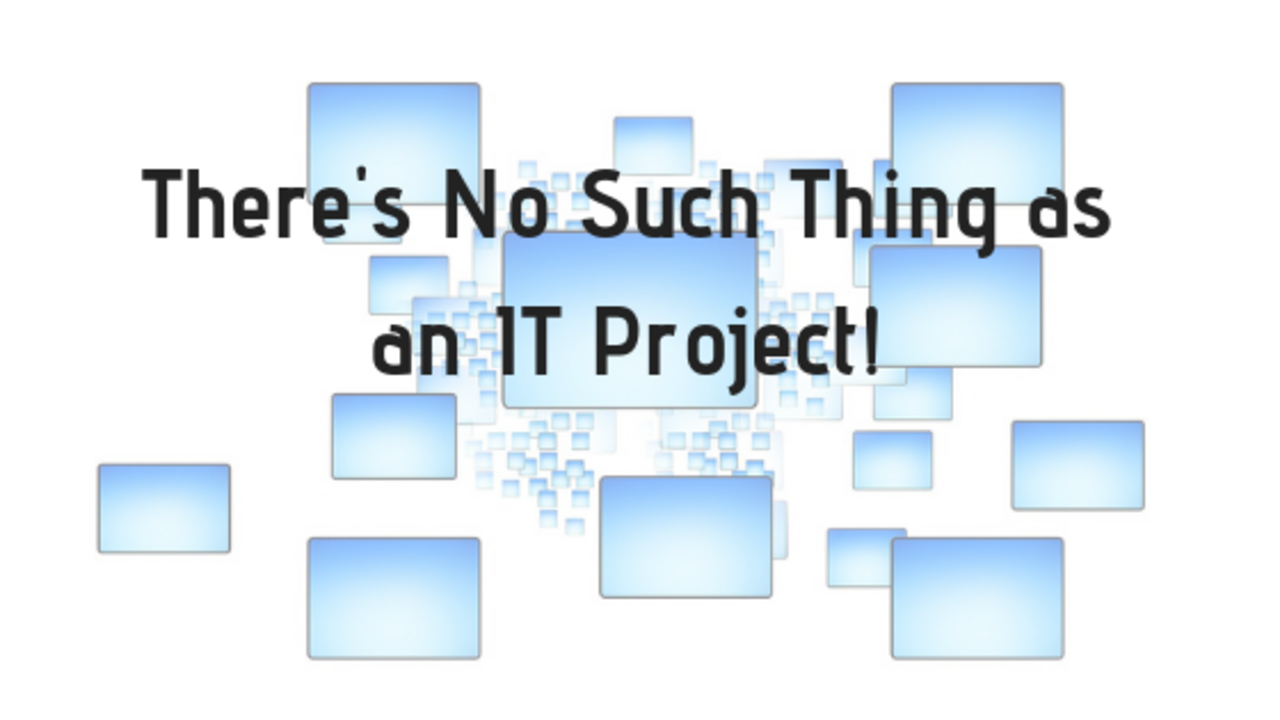 “There’s no such thing as an IT project. All projects in business are business projects.” That was a tweet I put out a while back. And it drew a response from a young programmer.

“By the same logic, there’s no such thing as a construction project either. Erecting a new office building is pure business,” he tweeted back. And the exchange continued.

So, I thought it might be good to explain what I mean when I say that there’s no such thing as an IT project.

Why Pick on IT?

Firstly, why pick on IT?

Well, in business circles over the last 50 years it has become common to think of IT and software development when talking about projects. If you say the word ‘project’ in a business setting, people will think you are talking about IT. The reasons for that are probably related to the fact that methodologies developed for running projects, such as PRINCE2, initially applied to projects...